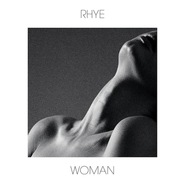 When seductively smooth duo Rhye's candle-lit "Open" started oozing online earlier this year, listeners were left to imagine who exactly was behind the track's breathy, Sade-like vocals. Is she a totally fresh face or a known entity hiding behind a digital cloak? Is she American? British? Is she some sort of savvy industry concoction put together in the wake of similarly subtle UK trio the xx's success? Well, it turns out that she isn't even a "she" at all. The vocalist in question is actually singer/producer Mike Milosh, who's previously released three albums as Milosh on Los Angeles label Plug Research, including 2006's Meme, which features his face on the cover. "I've never thought of myself sounding like a girl," he mildly groused to me over the phone last month. "But I have no control over what people think I sound like-- I'm not going to be like, 'Oh, you don't think I'm man enough?'"

Rhye is a collaboration between Toronto native Milosh and Robin Hannibal of Danish electro-soul outfit Quadron, who both now live in L.A. The pair linked up two years ago when Milosh was commissioned to remix a Quadron song. "I didn't want to do a traditional remix," he says, "so did some singing, and it ended up with me flying to Copenhagen and us doing a song together instead." One song turned into an EP, which eventually led to Rhye's debut full-length, which is out early next year on Polydor/Innovative Leisure/Seven Four.
详细
下载高品质MP3