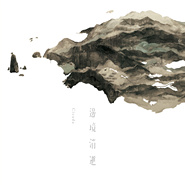 
Jesy Chiang has always dreamt of dedicating an album to Taiwan's graceful landscapes, composer and leading member of Cicada. To this end, she visited many coastal wetland areas in western Taiwan, immersing herself in its poetic landscape. These visits became the inspiration behind the group's new release “Coastland”. The opening track “Flying Sands” begins with a coarse and grainy bass line, later joined by violas and violins. The upbeat “Flapping Wings” features the crystalline notes of a piano and the high soaring sounds of string instruments mimicking a flock of birds flying through scattered clouds. The continuous and tender sound of the string instruments in “Close to the Wetland” brings to life the softness of Cheng Long Wetland Park in Yunlin County. In “Withered Reflection”, Taiwan's western coast is musically depicted with a gentle touch, while the next song “Blooms in Dark” is suffused with despair and sadness, creating an image of Mailiao, Yunlin County, allowing listeners to capture a moment of hope as the song proceeds. Despite the melancholy composition in D minor, the last song “Into the Ocean” crescendos with an uplifting energy with its strong, pulsing rhythm. The bonus track “Over the Sea/Under the Water” was the first song of Cicada released three years ago as part of their first EP. Inspired by Taiwanese environmental issues, it was the starting point for “Coastland”. After the new violist joined the band, this track was re-arranged and re-recorded for the new album, as a reminder as to where it all started.

The concept behind the music and the performance in “Coastland” are exquisite, profound, and grand──fans of classical music, chamber music and independent music will all relate. A truly extraordinary conceptual album that will be on repeat by those of who devote their love to Taiwan.
详细
下载高品质MP3